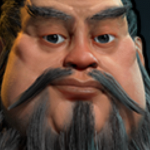 I'm a Christian, but I have to make it clear what I believe since a lot of people call themselves Christians.

I am a fan of windows and the color purple. =D

My friends here on the wiki include:

Retrieved from "https://mishter-romains.fandom.com/wiki/User:Mishkaiel?oldid=5133"
Community content is available under CC-BY-SA unless otherwise noted.